This is page # 12 of a Mr. Robert PageÂ´s sworn deposition in which he clearly states that Jesus Alberto Cabal was indeed a good employee when he was employed by "Tetraplastics, Inc" from Saint Louis, Missouri. "Tetraplastics" was another company which retaliated against Mr. Cabal apparently encouraged to do so by agents of the F.B.I and the I.N.S which were trying to force him out of the United States by any means lawful or unlawful. 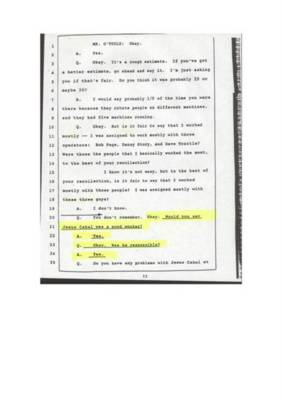